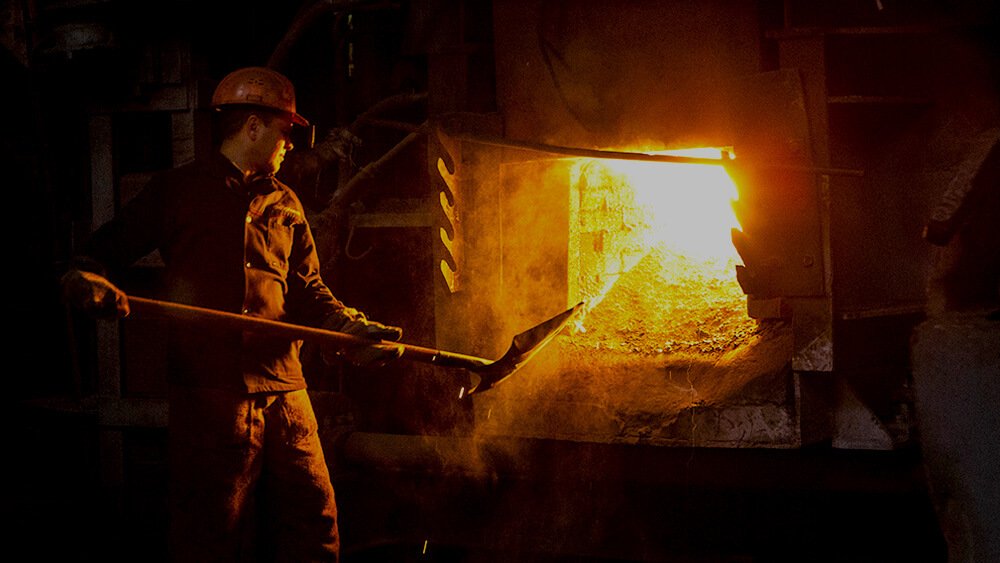 Simple Guide on How To Use a Thermocouple Thermometer

First, we need to know what is a thermocouple and why do we need it to use in an application. By knowing the fact that we need to use it for a purpose will be beneficial once you start using them in the correct way.

In this article, I’m going to show you how to use a thermocouple thermometer that usually use to measure temperature in a heated environment for any machines.

What is A Thermocouple Sensor?

Thermocouple Sensor is a tool to measure temperature that uses two dissimilar metal wires. They are joined at one end and are connected to a thermocouple thermometer.

By having the thermocouple sensor and thermometer, they can each send signals to each other and when it’s properly configured, they can provide temperature measurements.

The range of the temperatures is quite a wide range that can go up to 1250°C. And it really depends on what type of thermocouple sensor you are using, some can’t even reach that range and some can even detect below the boiling temperature of -200°C.

Thermocouple sensor is useful in detecting immediate temperature when you want to fulfil your application. They are also known for their versatility as they are commonly used for a wide range of applications.

They also come in a different type of models and it’s important to understand each type of model have its own basic structure and how the equipment works.

You have to choose what’s the right type of thermocouple sensor that you need for your application to best suit for.

There are 3 types of thermocouple and they are very different from one another.

This is why it is called a beaded wire thermocouple. Although the welded bead of the thermocouple is exposed, it is limited to several types of applications.

This Beaded Wire Thermocouple should not be used in a liquid environment or dipped into a liquid. It will corrode or oxidize the thermocouple alloy.

Having metal surfaces can be troublesome at times.

To put it this way, a beaded wire thermocouple is mostly suitable to measure gas temperature. The reason why they are good at measuring gas temperature Is that they are made very small and provide a very fast response time.

The way thermocouple probe function is by having a thermocouple wire housed inside a metallic tube. The tube of the Thermocouple Probe is called the Sheath of the probe.

However, stainless are normally preferred rather than Inconel because of its broad chemical compatibility. When it comes to very high temperatures, other exotic sheath materials are also available.

The only thing that varies is the thermocouple probe tip. There are three styles in total, which is, Grounded, Ungrounded and exposed.

The grounded tip of the thermocouple will be in contact with the sheath wall, with that in place, it provides a fast response time and it is the most susceptible to electrical ground loops.

These exposed junction thermocouples are best suited for air measurement.

The hardest part of thermocouples are measuring from a solid surface. Most of the temperature sensors unable to fulfil the job.

So, in order to get an accurate measurement, the entire measurement area must be connected to the surface. It is difficult when working with a rigid sensor and a rigid surface.

These types of thermocouples are the more suitable choice for surface measurement. As it can even be built in a mechanism that rotates.

So, How Does Thermocouple Works?

By having two wires composed of dissimilar metals, having one ends tied and when it’s heated, there is a continuous current that flows in the thermoelectric circuit.

If the circuit is broken in the centre, the open-circuit voltage (the Seebeck voltage) is a function of the junction temperature and it’s between the composition of the two metals.

SO, that means when the junction of the two metals is heated or cooled, a voltage is produced that can be correlated back to the temperature. This is how the measurement works.

There are many grades and various types of thermocouples, each type will be a different feature from one another.

They have different combinations of metals or calibrations. The most common ones are the “Base Metal” thermocouples.

The common ones are N, T, E J and K Types. Besides that, there are also high-temperature calibrations that are also known as Noble Metal Thermocouples which are Type R, S, C and GB.

Different types of thermocouples have a different range of calibrations and different combination or mixture of metals.

The usual one is called “Base Metal” thermocouples like type N, T, E and type K.

Each calibration has a different temperature range and environment, the maximum temperature may vary with the diameter of the wire that is used in the thermocouple.

The thinner the thermocouple wire, the lesser the chance to even reach the full temperature range.

How to select the right thermocouple for you?

The thermocouples have different types and each has a different set of ranges based on their attributes and the relation to heat temperatures.

Since they have a wide temperature range, they can be rugged and commonly used for industry.

There are a few steps that you must take before selecting your type of thermocouple:

There are 3 types of sheath thermocouples and as mentioned before, they are grounded, ungrounded and exposed respectively.

From the looks of it, the tip of a grounded junction probe has the thermocouple wires that are attached to the inside of the probe wall.

Therefore, this can make a good heat transfer from the outside. As for the ungrounded probe, the thermocouple junction is detached from the probe wall.

Although the response time is slower than grounded style, the underground gives electrical isolation. The thermocouple that is exposed junction style rise above out of the tip of the sheath. And it is also exposed to the surrounding environment.

Recommended (Grounded Junction): Use for measurement of static or flowing of corrosive gas and liquid temperatures. Best used for high-pressure applications.

Recommended (Ungrounded Junction): Use for measurement in corrosive environments where electronically isolated and shielded by the sheath.

Recommended (Exposed Junction): Use for measurement of static or flowing non-corrosive gas temperatures. An environment where fast response time is required. The junction extends beyond the protective metallic sheath to give an accurate fast response.

Your most trusted partner for metal processing companies.